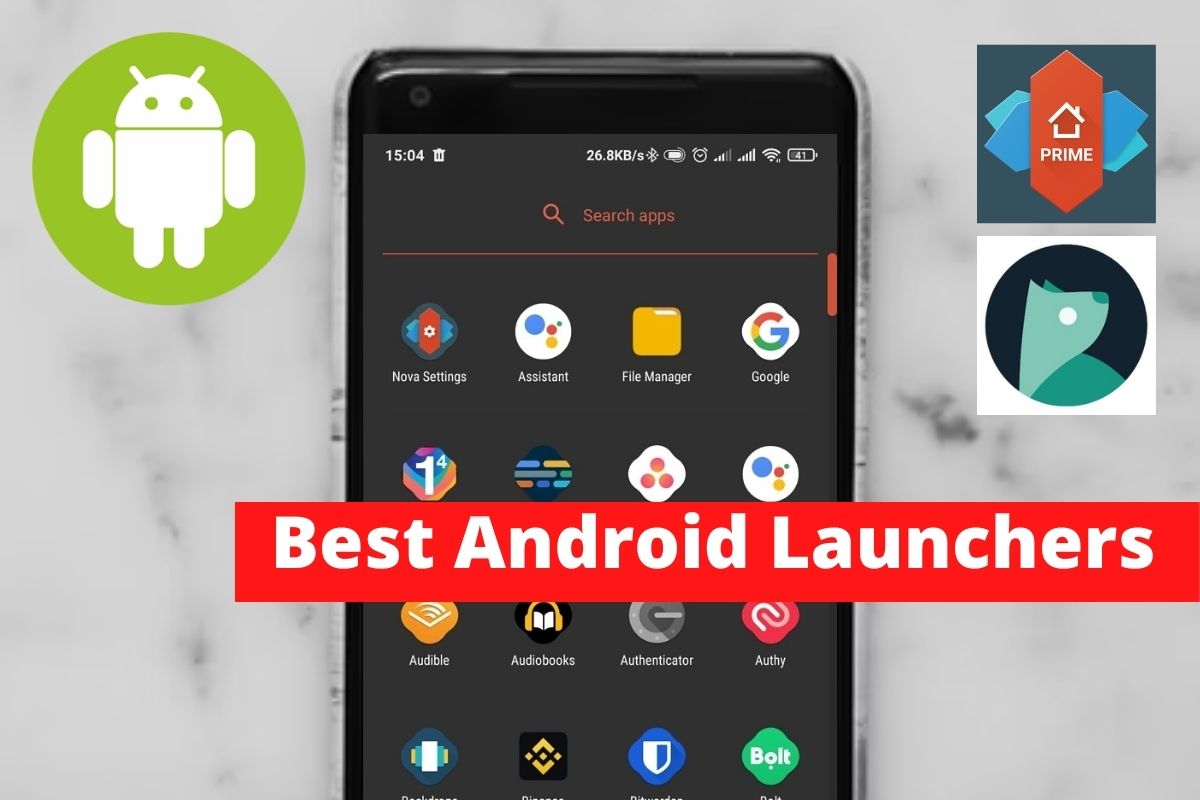 Your mobile launcher may not always give you the features that you can acquire from other launchers. Using Android launcher apps, you may customize the appearance of your home screen, from theme colors to font size, to suit your preferences and increase productivity. As a result, every Android device comes with a launcher pre-installed by default. If you don’t like the way your home screens look, you can download an app to modify them. This post is for you if you are unfamiliar with launchers or if you are considering downloading one of the top launchers. 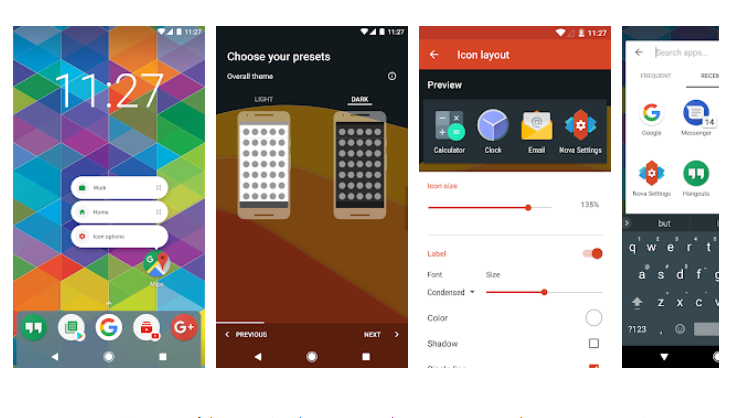 Nova Launcher is one of the originals and, without a question, one of the greatest Android launchers available. It’s been around for a long time, far longer than most of us have used Android. Many of us are unable to grasp its presence, and it is believed to have existed since the inception of Android app launchers. It is a quick, efficient, and lightweight program with a developer team that keeps it updated, fixes issues, and adds new features on a regular basis, making it better and better. It comes in both a free and a paid version. The free version is adequate and has numerous features. Its features have now been expanded to include a dark theme. You can download the free version from here. You can download the Prime version from here. 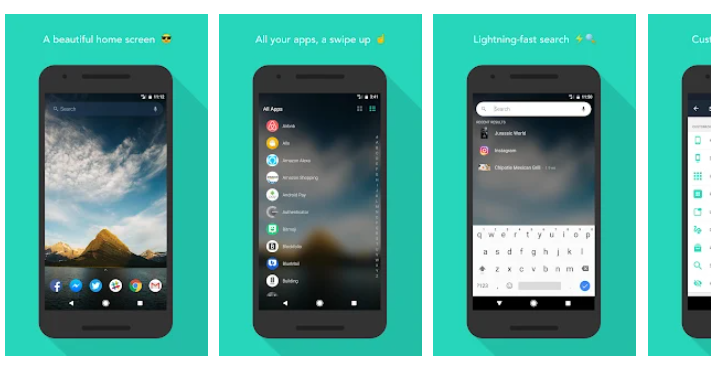 It offers a standard home screen layout with a variety of shortcuts and adjustments, such as altering the style and wallpaper, changing icon sizes and app icons, and so on. Google Drive can also be used to back up the Evie layout. You may search within the app from one location and swipe up for split-second access to all apps with the universal search feature. You can download the app from here.

This is yet another amazing, lightweight, and free Android launcher that has been around for a long time. It has retained its prominence due to the fact that it offers its users certain unique features.

You can personalize the app because it offers fully configurable support and is jam-packed with every option imaginable. With a wide number of themes and icon packs available for download, you can customize your home screen in a variety of ways.

The app drawer feature in Smart Launcher 5 is the real show-stealer. The app drawer’s sidebar automatically splits apps into several categories, adequately organising them, making things easier and boosting ease of use. You can download the app from here. You can also check all other versions of Smart Launcher here.

In mid-2017, Microsoft released its rebranded launcher app, which is well-known to all. This program, formerly known as the “Arrow Launcher,” is a free, lightweight, constantly updated, high-quality Android launcher.

The software is available for download from the Google Play Store. It has beautifully customized the app to sync with your Microsoft account and Windows devices without hassles, making it easier for its users.

It contains an integrated news window and works well with services such as Skype, To-Do, Wunderlist, and Outlook. It also has a widget “shelf” that spans the entire screen and subgrid placement, app icon customization, a to-do list, and Sticky Notes. It also allows Cortana to read calendar updates, unread text messages, and a variety of other things. You can download the app from here. 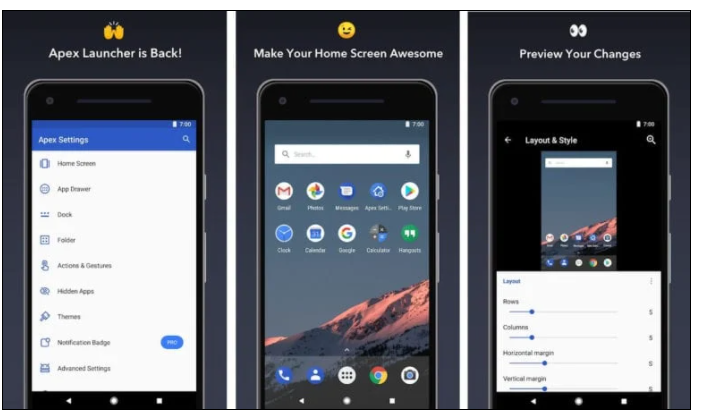 The Apex app launcher, which can be found on the Google Play store, has been around for quite some time. On the internet, it is available in both free and premium editions. The user must pay a fee to access the premium version.

It can be used on both smartphones and tablets because it is a current, lightweight launcher. In the year 2018, this Android app received a fresh appearance with the addition of some additional personalized features.

In this article, we have provided all the required details about the best android launchers. If you have any other queries, let us know in the comment area.